Encore is a Go backend framework for rapidly creating APIs and distributed systems.

It uses static analysis and code generation to reduce the boilerplate you have to write, resulting in an extremely productive developer experience.

The key features of Encore are:

Read the complete documentation at encore.dev/docs.

Creating a service with an API

In Encore, a backend service is just a regular Go package with one or more APIs defined.
The Go package name becomes the service name (which must be unique within your app).

Calling it is easy:

Calling an API endpoint from another endpoint is easy.

Just import the service (with a regular Go import), and then call the function
as if it were a regular Go function:

Encore uses its static analysis and code generation to turn this into a proper API call.

Encore automatically provisions, connects to, and performs schema migrations of SQL databases for you.

All you have to do is define the SQL migrations:

You can access it by viewing the local development dashboard by opening the API URL
in your browser when your app is running (normally localhost:4060). 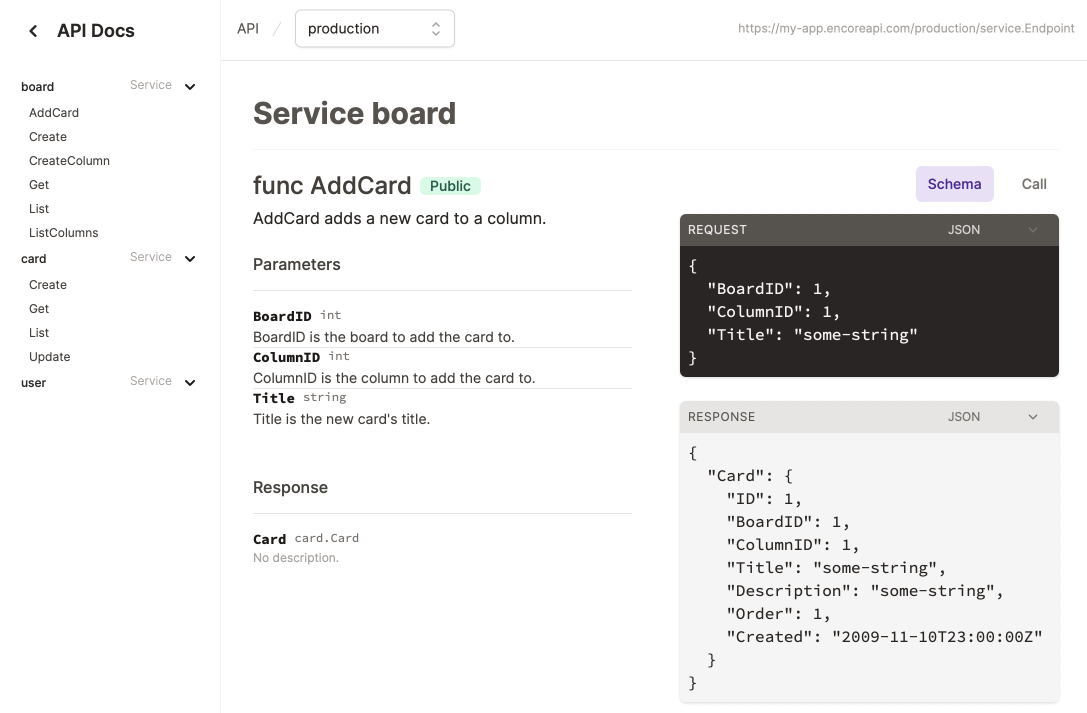 Any API calls to your app automatically produces traces. 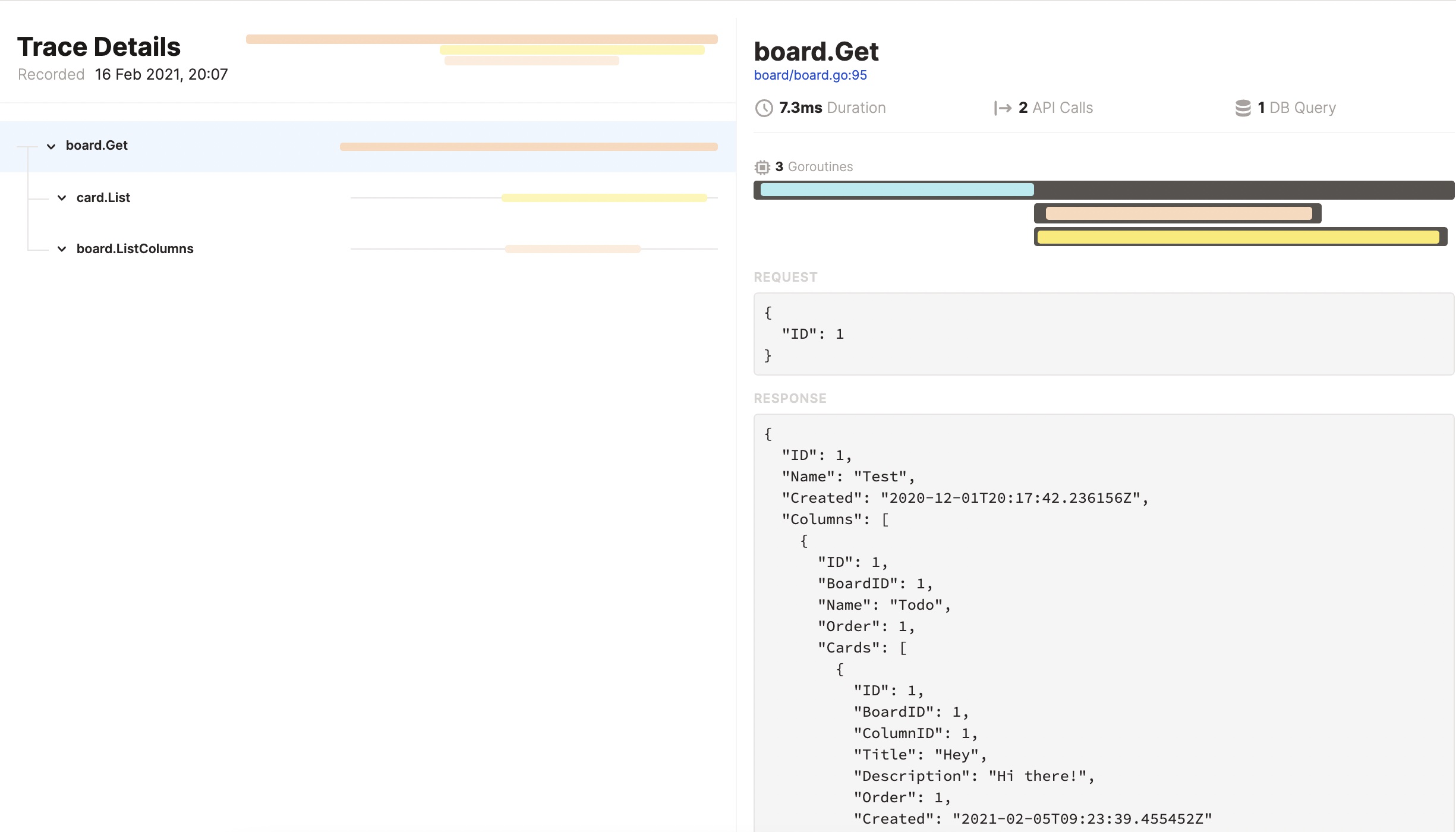 We're long-time Staff Engineers from Spotify, who grew frustrated with all the boilerplate and boring stuff you have to do to build modern cloud applications.

Why is the framework integrated with cloud hosting?

We've found that to meaningfully improve developer productivity you have to operate across the full stack. Unless you understand how an application is deployed, there are lots of things in the development process that you can't simplify. You can still use your own account with any of the major cloud providers (AWS/Azure/GCP), or you can use Encore's cloud for free, for Hobby projects, with pretty generous "fair use" limits.

Can I use an existing Kubernetes cluster with Encore?

Not right now. We definitely want to support deploying to an existing k8s cluster, and enable more flexible deployment topologies in general. It's a bit tricky since we set up the cluster in a certain way, and it's hard to know how the existing cluster is configured and we don't want to break any existing application that might be running there.

Can you have it provision in Kubernetes rather than a cloud infrastructure?

Right now we only support deploying Encore apps to Kubernetes. Either where we host it for you (using AWS under the hood), or you can tell Encore to deploy to your own cloud account. In that case we currently set up a new Kubernetes cluster.

Encore supports dropping down to plain HTTP requests which lets you use Websockets.