The AWS Copilot CLI is a tool for developers to create, release and manage production ready containerized applications on Amazon ECS and AWS Fargate.
From getting started, pushing to a test environment and releasing to production, Copilot helps you through the entire life of your app development.

Got a Dockerfile and some code? Get it up and running on ECS in under 10 minutes, with just one command. Ready to take that app to production? Spin up new environments and a continuous delivery pipeline without having to leave your terminal. Find a bug? Tail your logs and deploy with one tool. 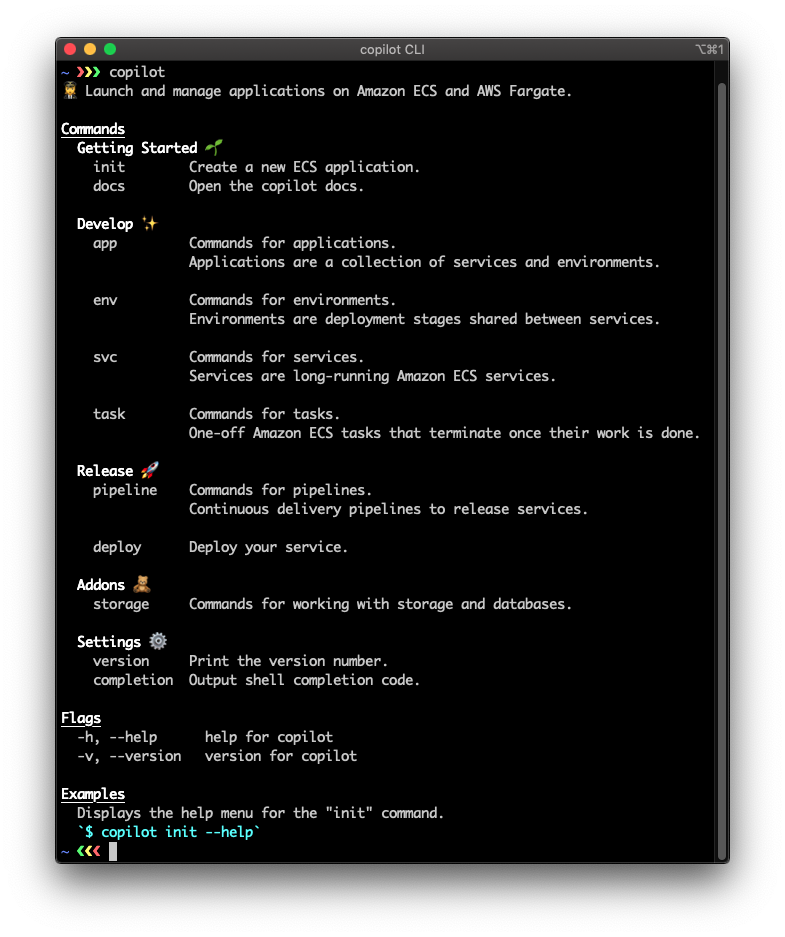 Using the instructions and assets in this repository folder is governed as a preview program under the AWS Service Terms (https://aws.amazon.com/service-terms/).

We're distributing binaries from our GitHub releases. Instructions for installing Copilot for your platform:

Make sure you have the AWS command line tool installed and have already run aws configure before you start.

To get a sample app up and running in one command, run the following:

This will create a VPC, Application Load Balancer, an Amazon ECS Service with the sample app running on AWS Fargate. This process will take around 8 minutes to complete - at which point you'll get a URL for your sample app running!

Once you're finished playing around with this project, you can delete it and all the AWS resources associated it by running copilot app delete.

Copilot makes it easy to set up production-ready applications, but you can also use it to run tasks on AWS Fargate without having to set up any infrastructure. To run a simple hello world task on Fargate you can use Copilot:

Big shoutout to jokerj40 for suggesting this project idea (the original thought was to parse the history file)
01 March 2021
One binary to rule them all. Manage all those pesky binaries (kubectl, helm, terraform, ...) easily.
28 February 2021
Germanium is an alternative to Carbon and Silicon implemented in Go.
26 February 2021