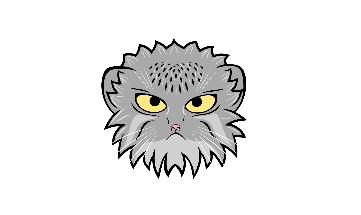 manul can be obtained using go get:

What's the reason for yet another utility?

Because all other vendor utilities suffer from the following:

We all love git, it's a very powerful instrument. Why don't we use its
power for vendoring dependencies using an awesome feature, which is called
git submodule?

With git submodule you will have a git repository for each dependency.
They can be managed in the same way as main project by git.

git submodule might look like a Silver Bullet, but it's still clumsy to
work with manually. We want to have a powerful yet simple interface for
vendoring dependencies using this technology.

manul can do it for us.

Who needs a documentation when there are GIFs?

First of all, we should request dependencies which we have in our project.
To do this, just run manul with -Q (query) flag. It will output all the
project imports (dependencies), like this:

For example, we have six dependencies, let's lock versions of critical
dependencies by adding submodules: in our case it's zhash and blackfriday
packages.

For locking versions (installing dependencies) we should use -I (install)
flag and specify dependencies, which we wish to install:

After installation we can have a look for vendored and non-vendored
dependencies by using flag -Q. After previous step we should see git commits
along with two already vendored dependencies (zhash and blackfriday):

Let's install submodules for remaining dependencies, go the limit! Just run
manul with flag -I without specifying any dependencies, manul will
install all detected dependencies with skipping already vendored:

Wow, that was crazy! Now, to update some vendored dependencies, for example,
docopt-go package, manul should be invoked with the flag -U and import path
(github.com/docopt/docopt-go):

manul can also get you a specific version of a dependency by using a commit-ish, for example:

You can see similar help message by passing -h or --help flag.

Fleet is a Kubernetes cluster fleet manager specifically designed to address the challenges of running thousands to millions of clusters across the world.

The Cosmos-SDK is a framework for building blockchain applications in Golang. It is being used to build Gaia, the first implementation of the Cosmos Hub.

Shell-operator is a tool for running event-driven scripts in a Kubernetes cluster.

A Microservice Toolkit from The New York Times.