KubeEdge is an open source system extending native containerized application orchestration and device management to hosts at the Edge. It is built upon Kubernetes and provides core infrastructure support for networking, application deployment and metadata synchronization between cloud and edge. It also supports MQTT and allows developers to author custom logic and enable resource constrained device communication at the Edge. KubeEdge consists of a cloud part and an edge part.

With business logic running at the Edge, much larger volumes of data can be secured & processed locally where the data is produced. Edge nodes can run autonomously which effectively reduces the network bandwidth requirements and consumptions between Edge and Cloud. With data processed at the Edge, the responsiveness is increased dramatically and data privacy is protected.

Developers can write regular http or mqtt based applications, containerize them, and run them anywhere - either at the Edge or in the Cloud - whichever is more appropriate.

With KubeEdge, users can orchestrate apps, manage devices and monitor app and device status on Edge nodes just like a traditional Kubernetes cluster in the Cloud. Locations of edge nodes are transparent to customers.

It is easy to get and deploy existing complicated machine learning, image recognition, event processing and other high level applications to the Edge.

KubeEdge is composed of the following components: 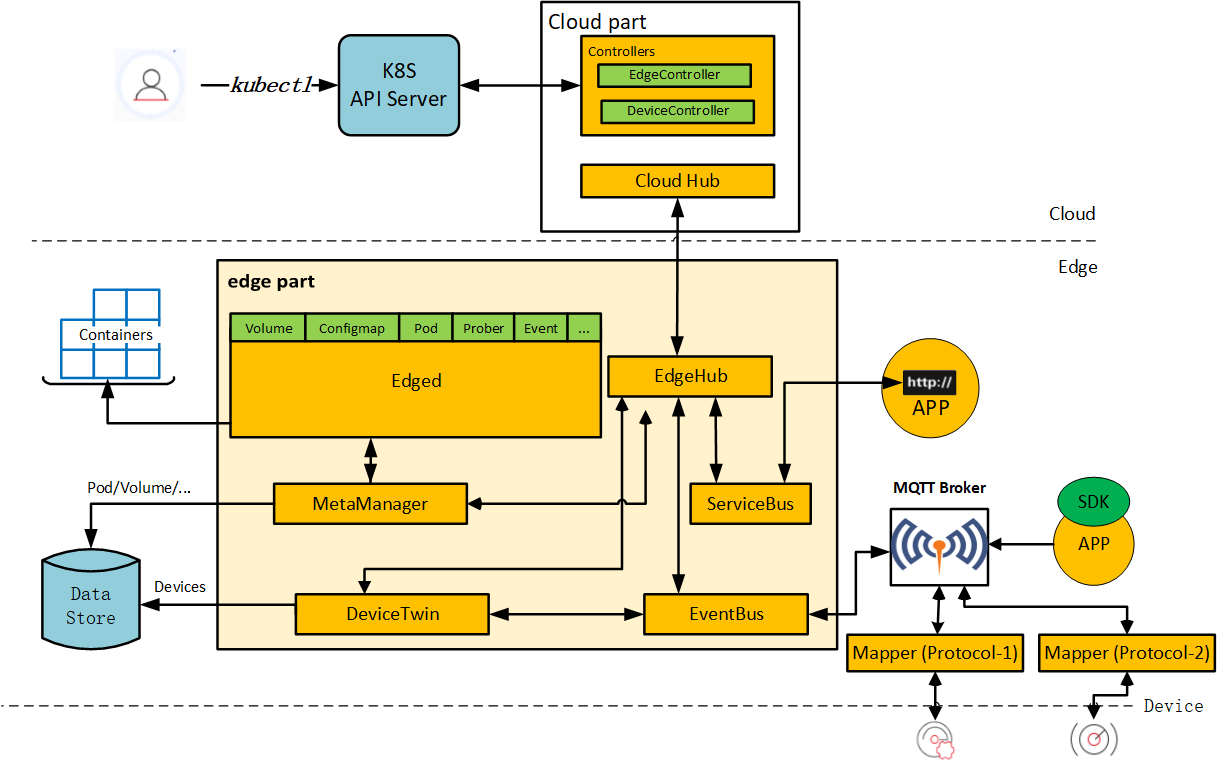