Final project for Building Distributed Systems (CS 426) class at Yale. How to use?

Caching is widely used to increase application throughput and latency. However, changing load conditions (read/write access patterns, query distribution) often hinder a cache from achieving optimal performance. Modifying the cache such that it dynamically alters its sharding and replication in response to varying workload conditions can largely improve cache performance. We present DynamicCache, a dynamic key-value cache that adapts sharding and replication to optimize for throughput and latency under dynamic access patterns. For evaluations, we run simulated queries with changing load distributions, demonstrating that DynamicCache is able to adapt shard replication to query patterns and achieves superior performance in query latency and throughput (up to 66% latency and 18% throughput improvements) compared to the baselines. 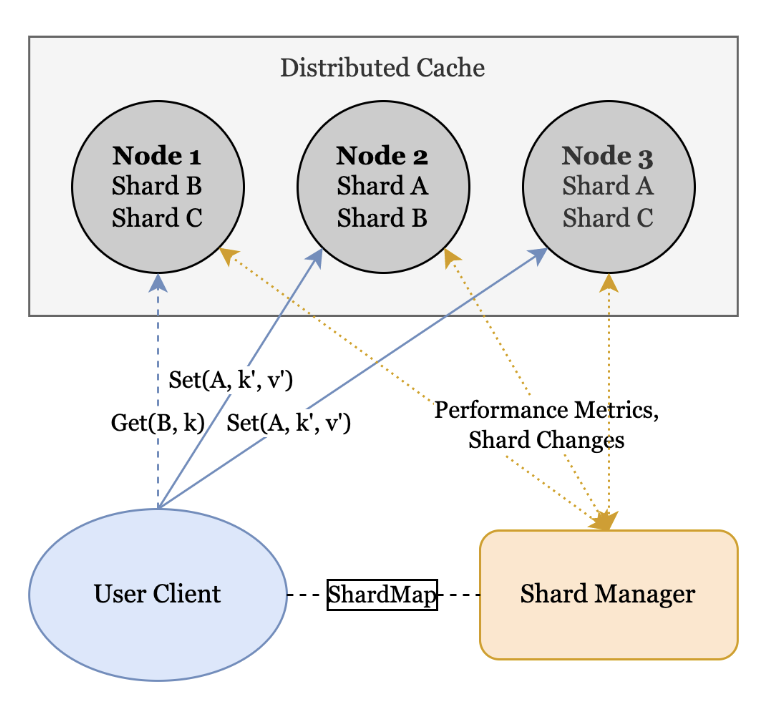 Our distributed cache system. A User Client sends Get and Set requests for a certain key k and the requests are automatically sent to the relevant node(s). Each node contains instrumentation monitoring per-shard-replica latency $T$ and $RPS$. The Shard Manager periodically pulls latency $T$ and $RPS$ from each of the nodes, and uses this information to issue add / drop shard replicas commands to the distributed cache. 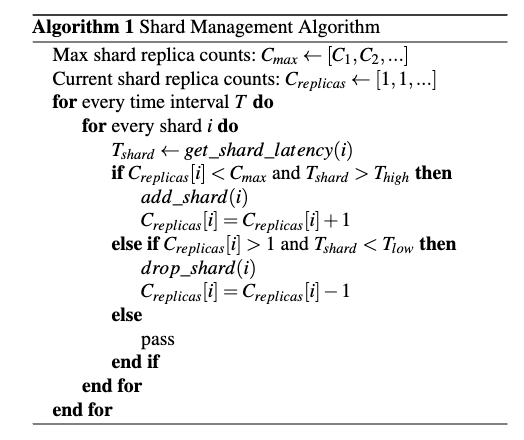 Evaluations are done on Apple Macbook with 10 CPU cores, 16 GB of memory.

We compare DynamicCache with both Baseline-1 and Baseline-5 as we want to investigate whether the potential improvement is brought by dynamically adjusting shard replicas or adding more shards. 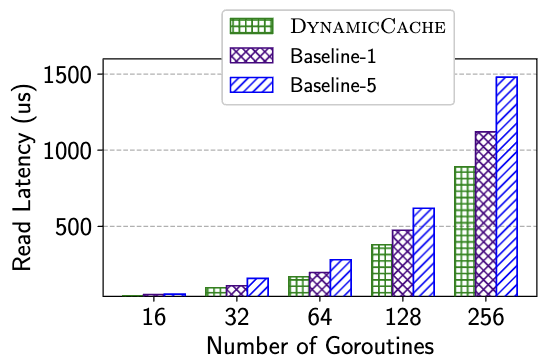 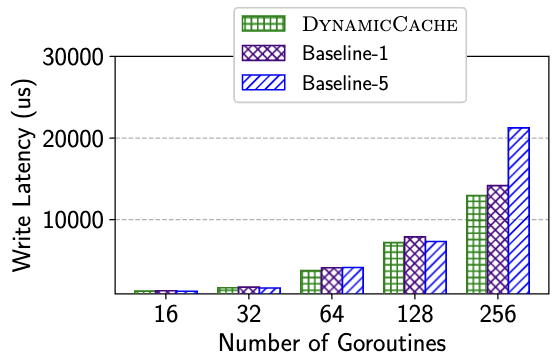 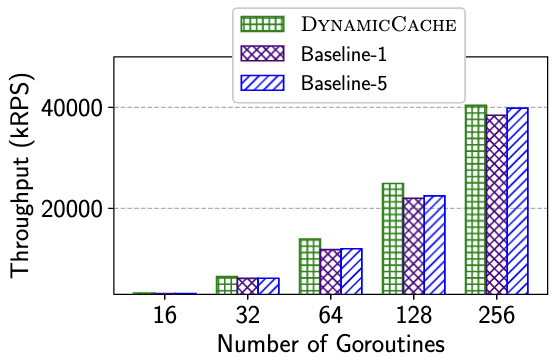 We observe similar trend with average shard write latency, as shown in the write comparison figure, showing that DynamicCache improves the write performance even with more write requests. We note that the write latency for baseline with 5 shard replicas is much higher than DynamicCache and Baseline-1, indicating that over-provisioning the shard replicas (by picking the maximum replication factor) degrades the write performance, as expected. Notably, DynamicCache achieves 39% latency improvement compared to Baseline-5. By monitoring when the shard becomes hotter or cooler, DynamicCache is able to remove unnecessary replicas from a less-requested shard thereby minimizing the unnecessary read requests.

In the throughput comparison figure, we see that DynamicCache outperforms both the Baseline-1 and Baseline-5, indicating that the dynamic balancing of shard replicas improves throughput performance, up to 18%. We believe that by dynamically adjusting the shard replication, DynamicCache is able to adapt to changing workloads and ensure that there is no hot key or unnecessarily replicated shards, thereby achieving high throughput. We conduct experiments with both uniform and hot key query patterns. For uniform query patterns we generate 100 keys evenly spread out across the five shards, while for hot key we generate keys that will be hashed to the same shard.