The universe of the Game of Life is an infinite, two-dimensional orthogonal grid of square cells, each of which is in one of two possible states, live or dead, (or populated and unpopulated, respectively). Every cell interacts with its eight neighbours, which are the cells that are horizontally, vertically, or diagonally adjacent. At each step in time, the following transitions occur:

These rules, which compare the behavior of the automaton to real life, can be condensed into the following:

To run the program

Run the GameOfLife.go life in your system by using the command

Program provide 2 difference choice of generating the board such as 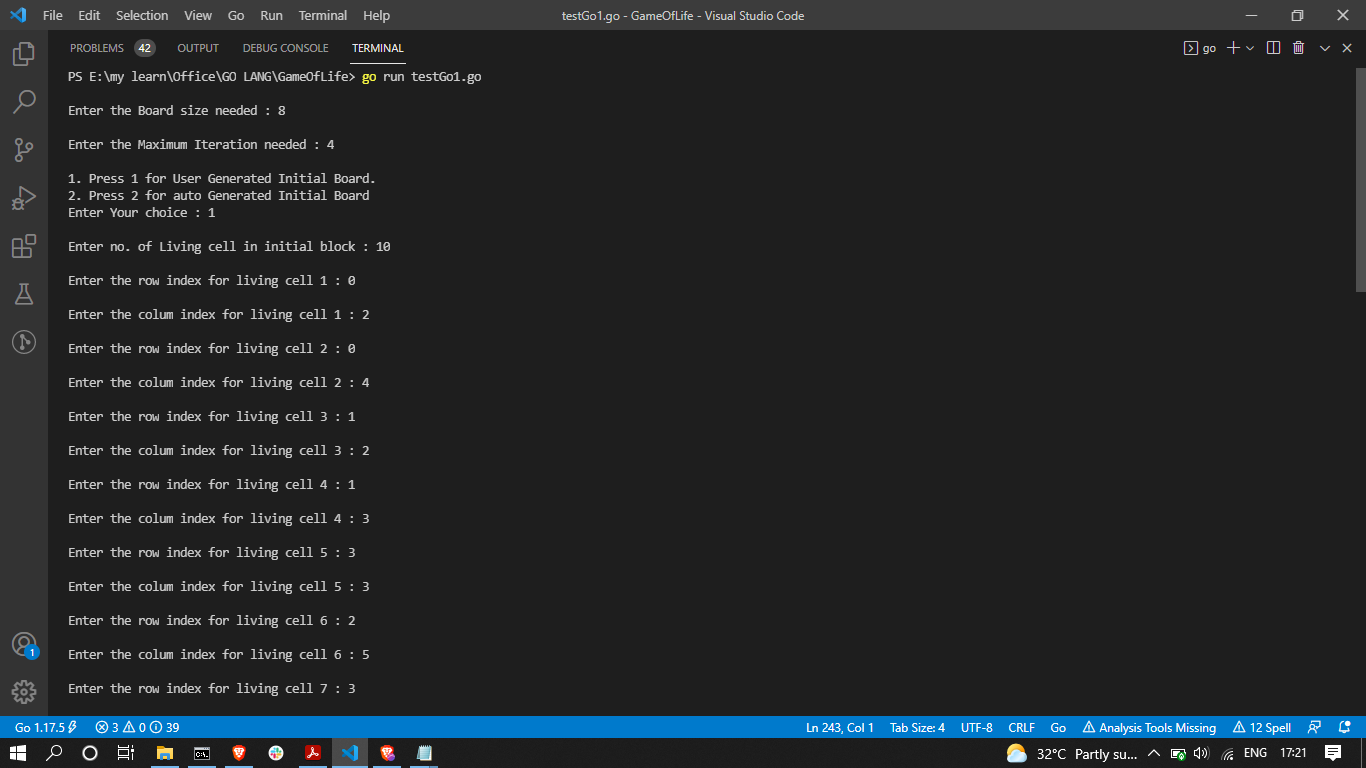 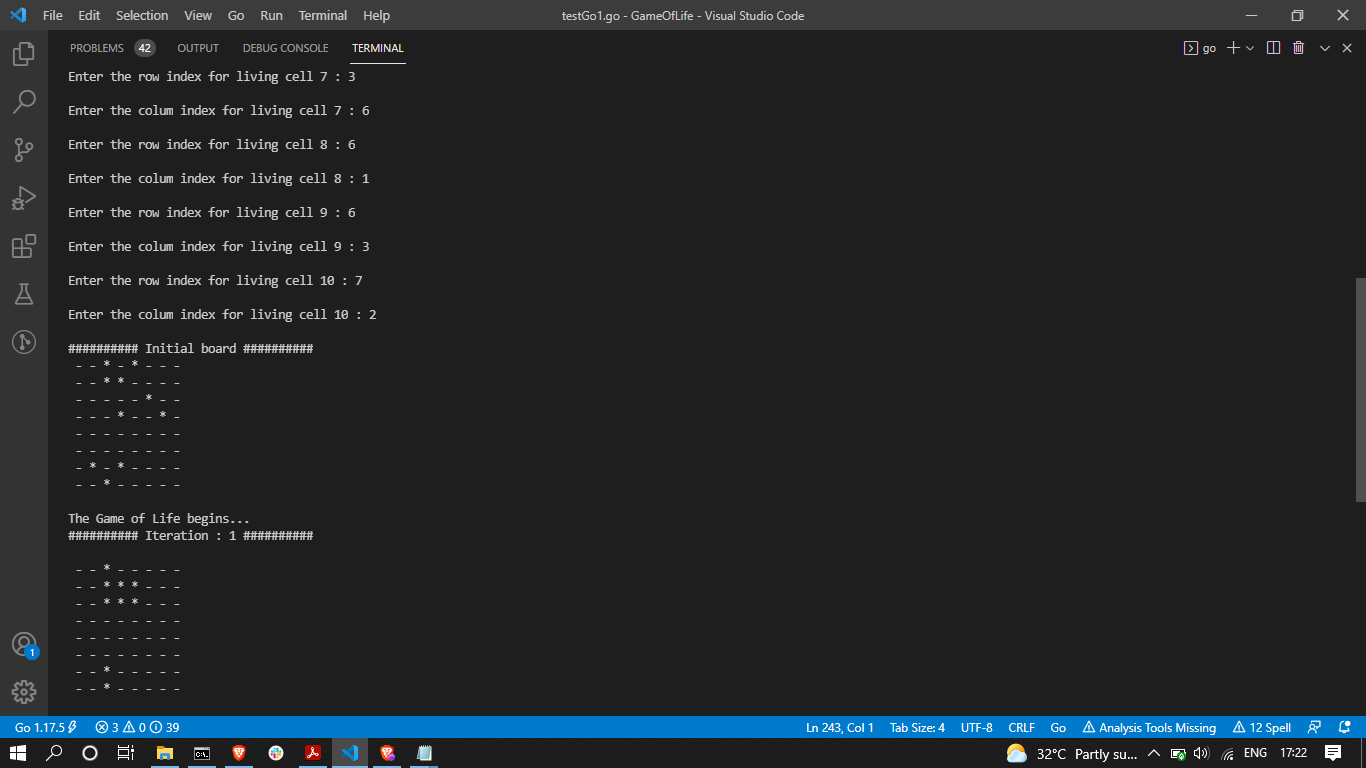 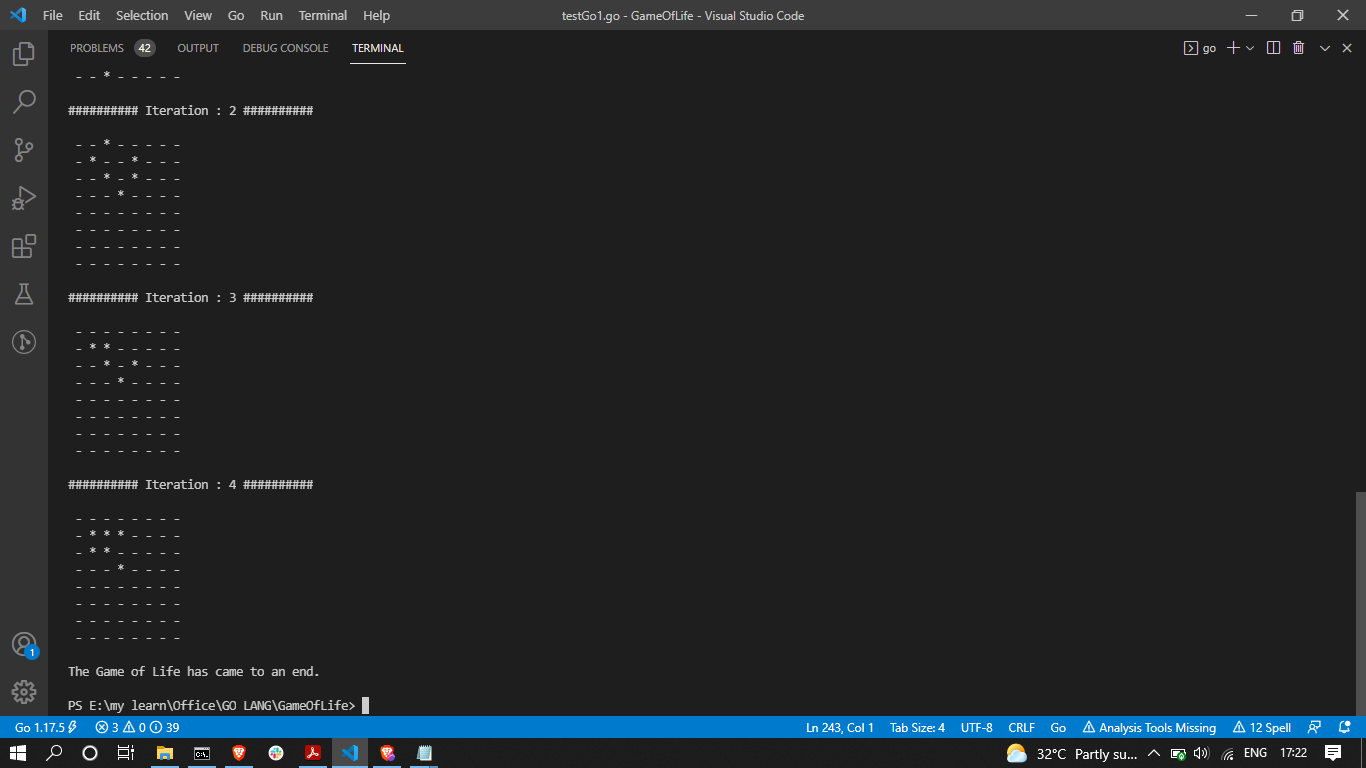 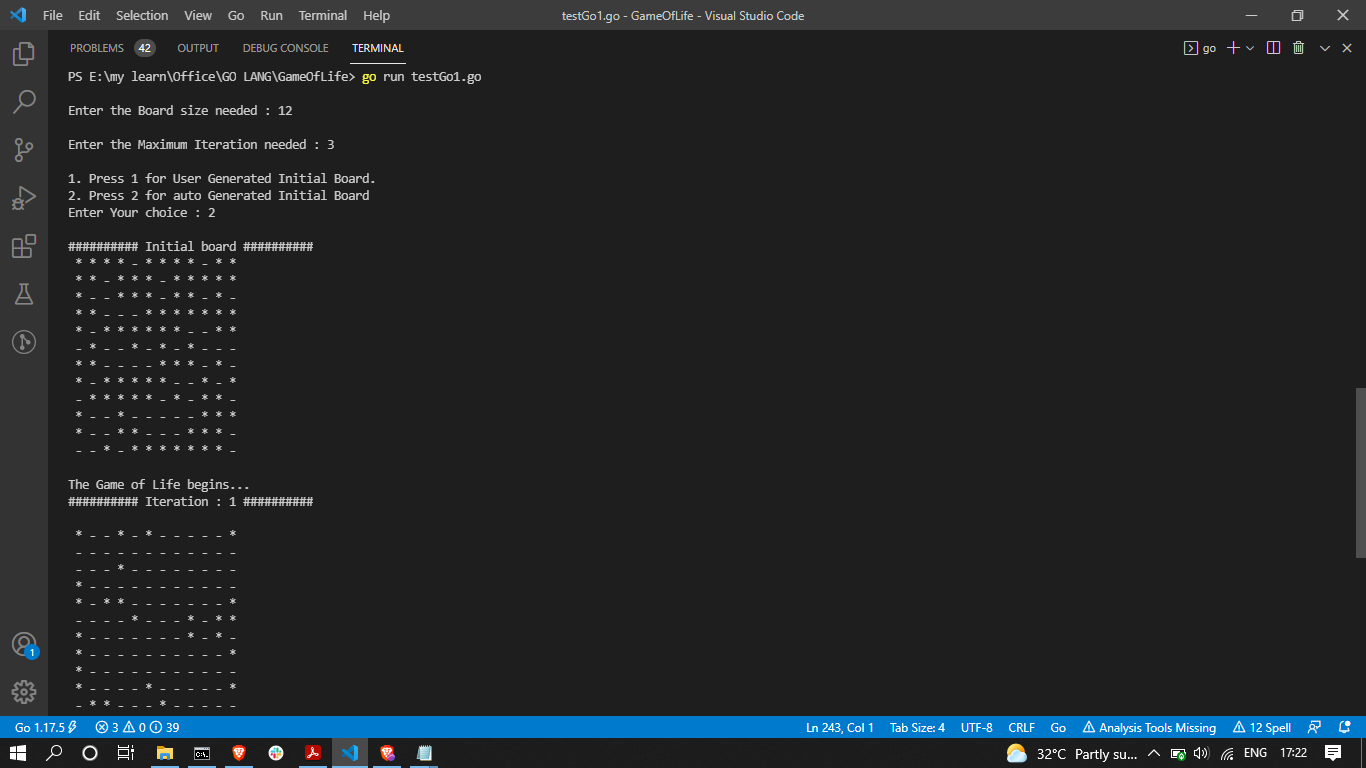 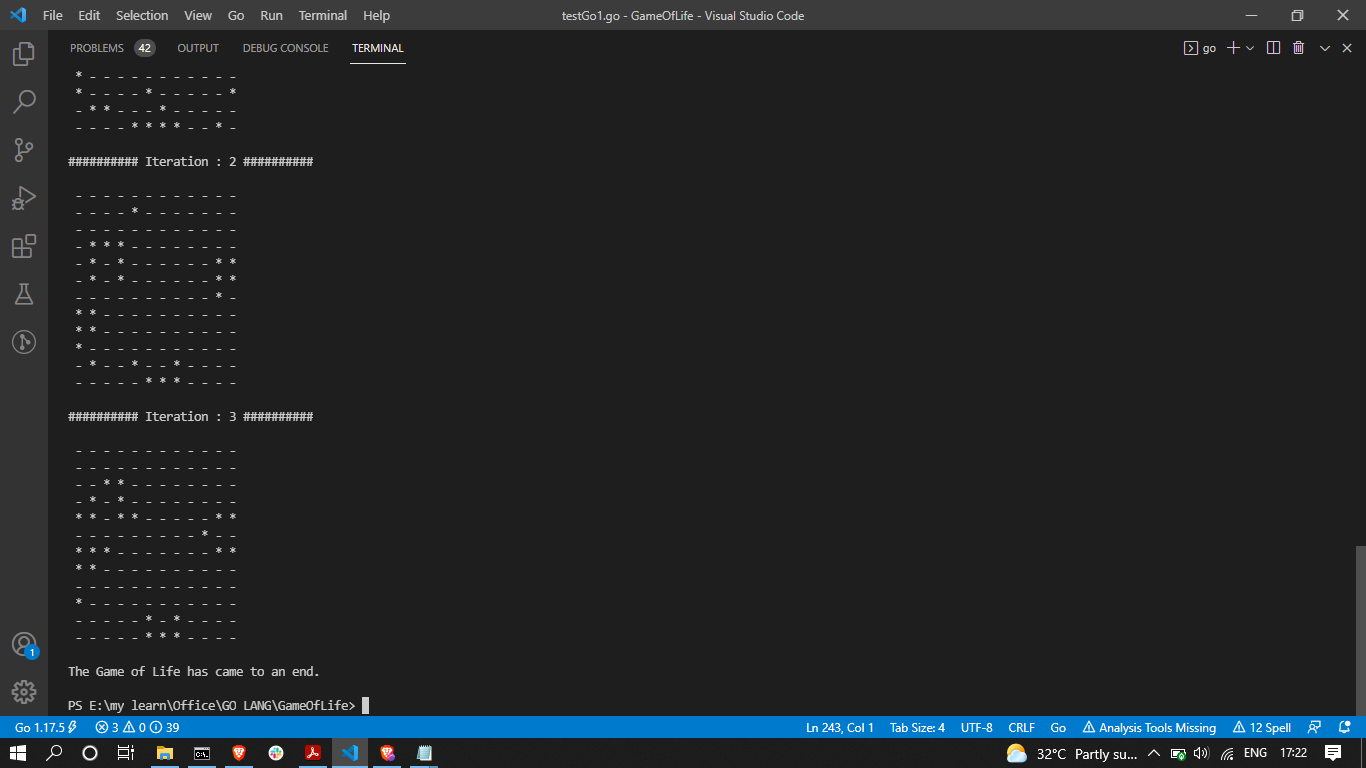 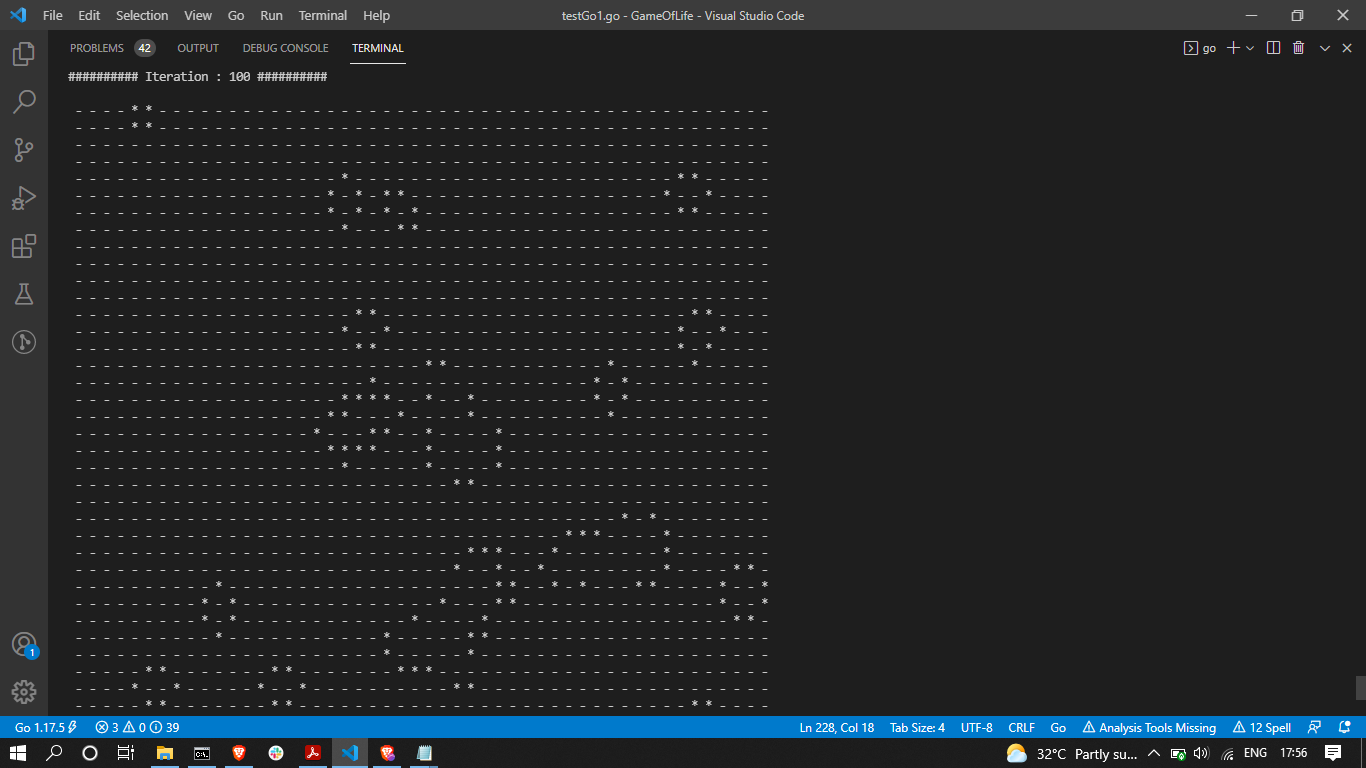