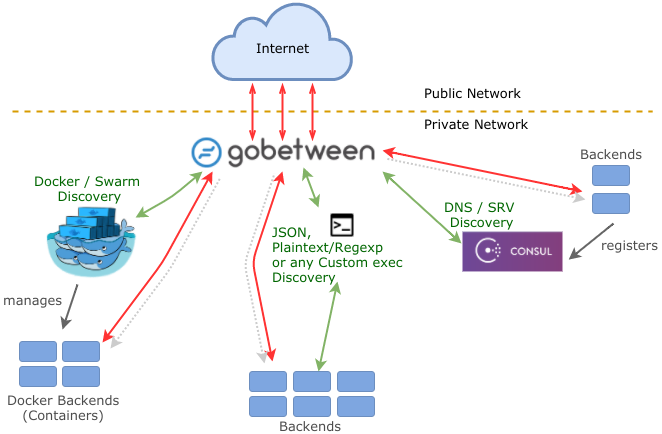 Instead of Python's internal HTTP module, you can also use a single binary (Go based) webserver like: https://github.com/udhos/gowebhello

gowebhello has support for SSL sertificates as well (HTTPS mode), in case you want to do quick demos of the TLS+SNI capabilities of gobetween.

It's a play on words: gobetween ("go between").

Also, it's written in Go, and it's a proxy so it's something that stays between 2 parties

TCPProbe is a modern TCP tool and service for network performance observability.
28 June 2021
Being a web server, the IDE boasts a web (HTML) interface is accessible from any device on your network.
28 June 2021
Ravel is a sharded, fault-tolerant key-value store built using BadgerDB and hashicorp/raft.
23 June 2021