Each packet's IP address is spoofed. MAC addresses are not spoofed.
It is up to you to spoof your MAC Address beforehand if desired.

This attack may only work on web servers susceptible to numerous half-open connections (SYN_RECV).

To demonstrate this, a small Ubuntu Mate running Apache2 will act as the target.
It's a physical machine on a private network.

1. The tcp_syncookies flag was set to 0 (to make the target vulnerable for demonstration purposes) and the webserver was started on the target: ![1](/content/images/2020/11/1.png) 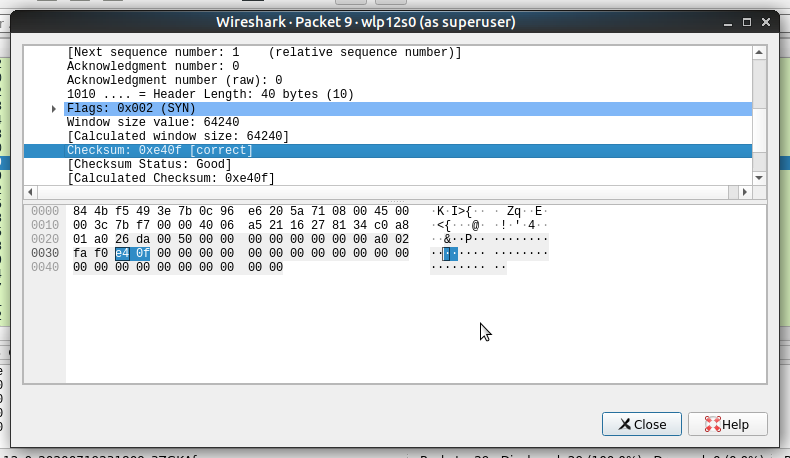