FabEdge is an open source edge networking solution based on kubernetes and kubeedge. It solves the problems including complex network configuration management, network fragmentation, the lack of service discovery ability and topology awareness in edge etc.

Fabedge supports weak network environments, such as 4/5G, WiFi，LoRa, etc., and supports dynamic IP addresses of edge nodes, which is suitable for scenarios such as the Internet of Things and the Internet of Vehicles. 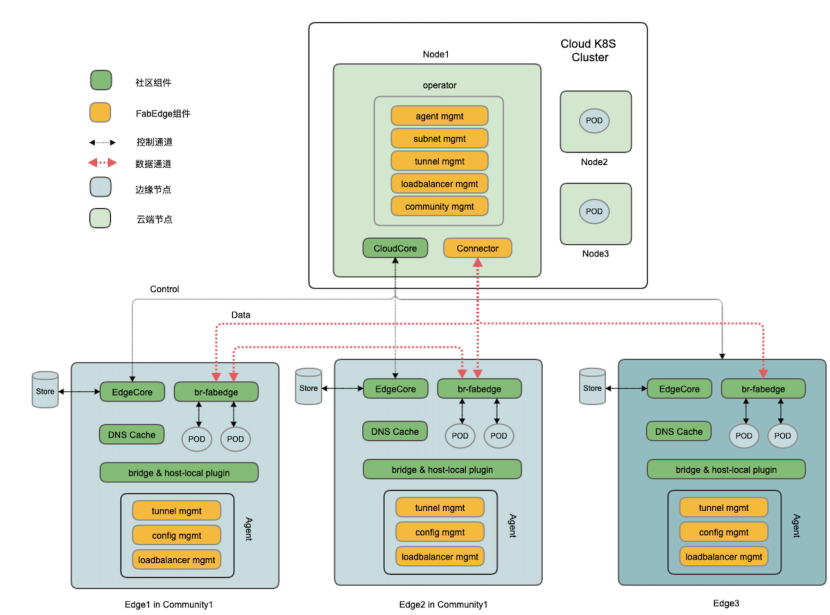 Fabedge is different from generic Kubernetes network plug-ins such as Calico/Flannel. These plug-ins are used in the data centers to solve the internal network problems of the kubernetes cluster. Fabedge solves the edge computing networing qutestions: how to communitcate between the PODs on different edge nodes, how to community between cloud and edge etc, after the edge node is connected to the cloud cluster using Kubeedge. Currently Fabedge can seamlessly integrate with Calico and will be extended to others in the near future.

Get start with this doc.

If you have questions, feel free to reach out to us in the following ways:

FabEdge is under the Apache 2.0 license. See the LICENSE file for details.