Termloop is a pure Go game engine for the terminal, built on top of the excellent Termbox. It provides a simple render loop for building games in the terminal, and is focused on making terminal game development as easy and as fun as possible.

Termloop is still under active development so changes may be breaking. I add any breaking changes to the Changelog - hopefully at this stage there shouldn't be too many. Pull requests and issues are very welcome, and do feel free to ask any questions you might have on the Gitter. I hope you enjoy using Termloop; I've had a blast making it.

Install and update with go get -u github.com/JoelOtter/termloop

To see what's on the roadmap, have a look at the issue tracker.

The Termloop extras are a collection of types and functions, the use of which will not result in a fully portable binary - that is, they have some external dependencies. However, if you're willing to require these dependencies in your project, they should integrate quite nicely with the rest of Termloop. Some of the included examples use these extras.

More full documentation will be added to the Wiki soon. In the meantime, check out this tutorial, the GoDoc, or the included examples. If you get stuck during this tutorial, worry not, the full source is here.

Creating a blank Termloop game is as simple as:

We can press Ctrl+C to exit. It's just a blank screen - let's make it a little more interesting.

Let's make a green background, because grass is really nice to run around on. We create a new level like so:

Cell is a struct that represents one cell on the terminal. We can set its background and foreground colours, and the character that is displayed. Creating a BaseLevel in this way will fill the level with this Cell.

Let's make a nice pretty lake, too. We'll use a Rectangle for this. We'll put the lake at position (10, 10), with width 50 and height 20. All measurements are in terminal characters! The last argument is the colour of the Rectangle.

Putting together what we have so far:

When we run it with go run tutorial.go, it looks like this: 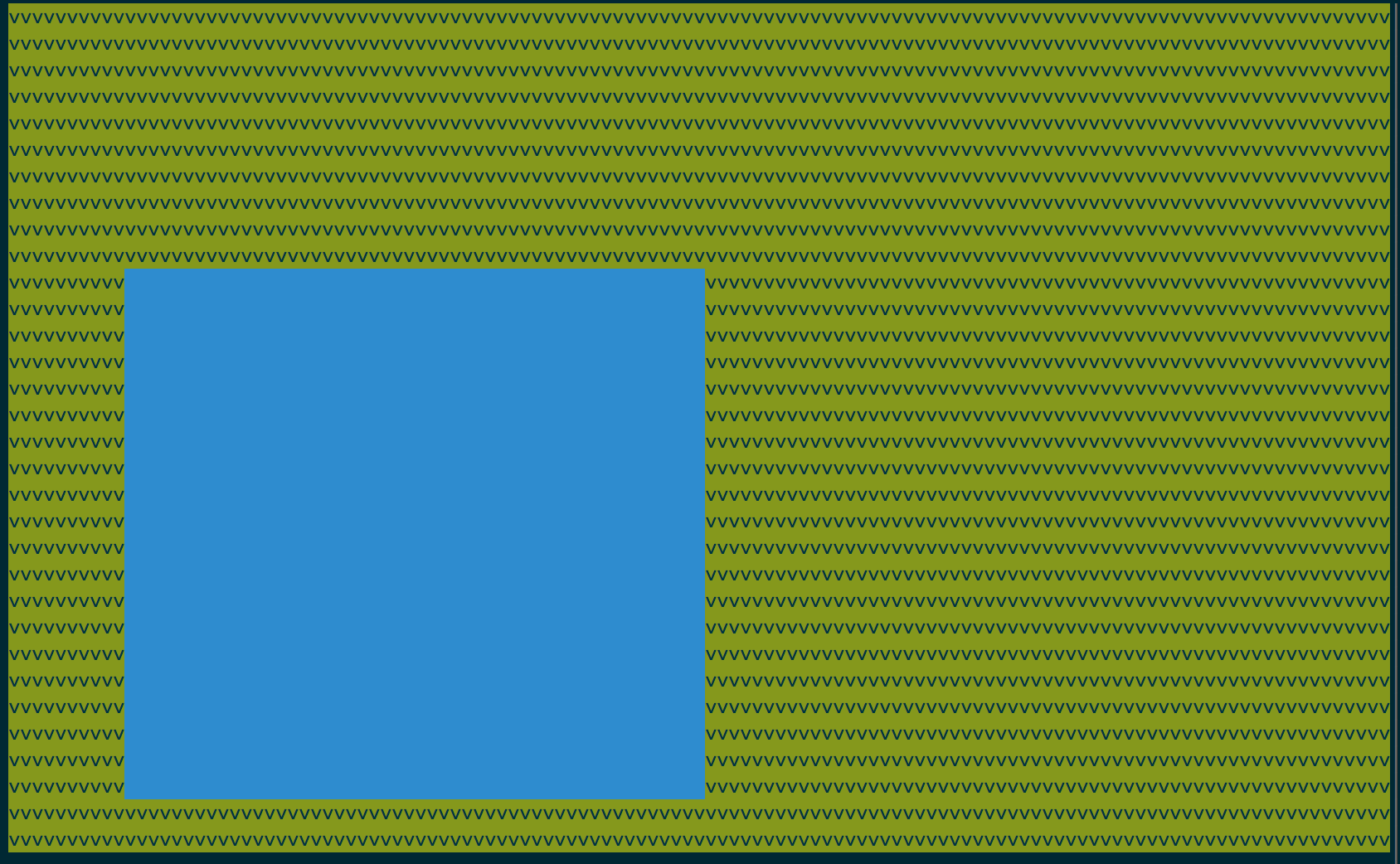 Pretty! Ish. OK, let's create a character that can walk around the environment. We're going to use object composition here - we'll create a new struct type, which extends an Entity.

To have Termloop draw our new type, we need to implement the Drawable interface, which means we need two methods: Draw() and Tick(). The Draw method defines how our type is drawn to the Screen (Termloop's internal drawing surface), and the Tick method defines how we handle input.

We don't need to do anything special for Draw, and it's already handled by Entity, so we just need a Tick:

Now that we've built our Player type, let's add one to the level. I'm going to use the character '옷', because I think it looks a bit like a stick man. 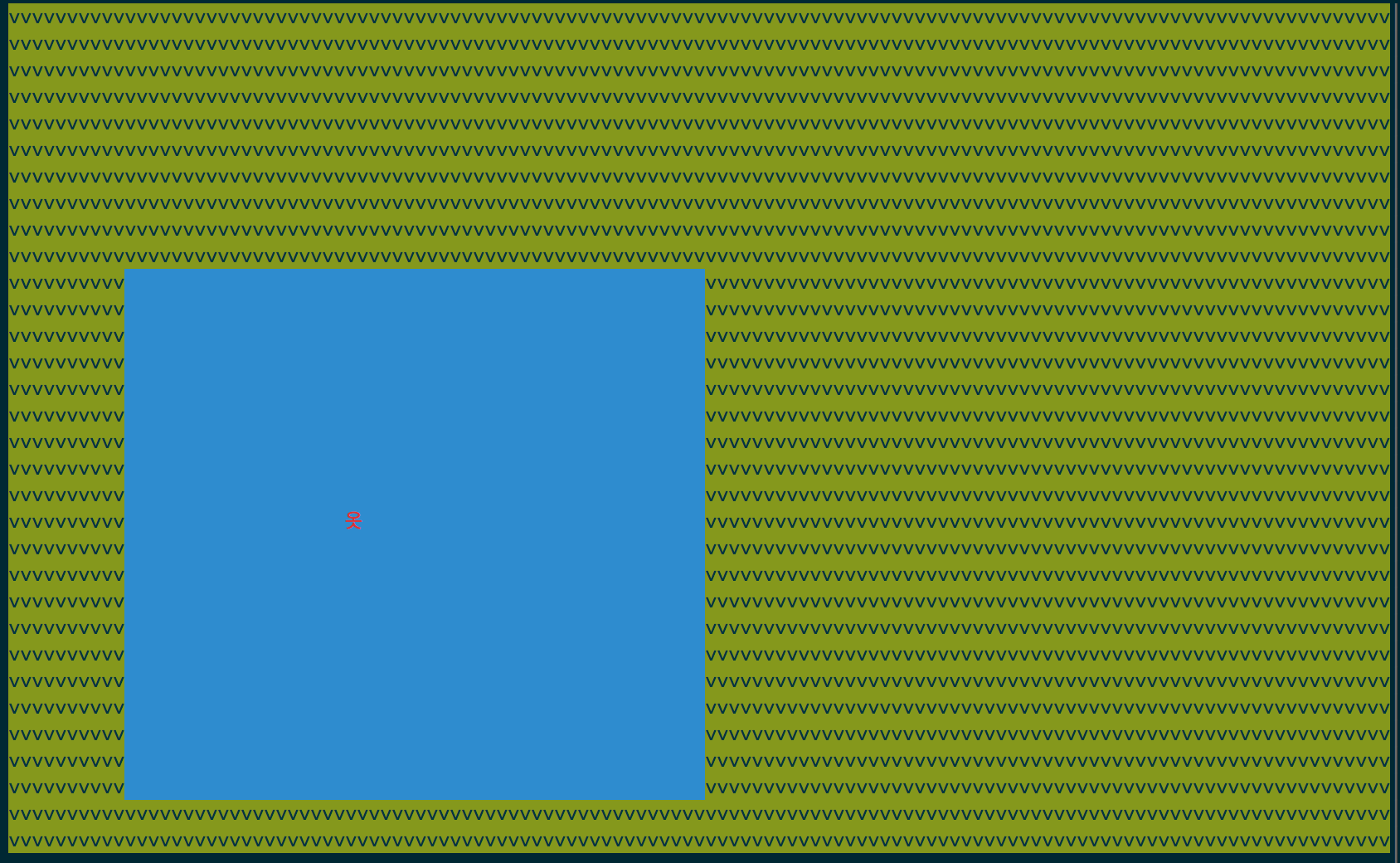 Running the game again, we see that we can now move around the map using the arrow keys. Neato! However, we can stroll across the lake just as easily as the grass. Our character isn't the Messiah, he's a very naughty boy, so let's add some collisions.

In Termloop, we have two interfaces that are used for collisions. Here they are.

It's pretty simple - if we want our object to be 'solid', then we implement Physical. If we want a solid object that actually does some processing on its own collisions, we implement DynamicPhysical! Essentially this just involves adding one more method to your type.

Note that, for performance reasons, you should try and have as few DynamicPhysicals as possible - for example, our Player will be one, but the lake need only be a Physical.

The Rectangle type already implements Physical, so we don't actually need to do anything. Let's go ahead and add our methods for Player. We'll have to modify our struct and Tick method, to keep track of the Player's previous position so we can move it back there if it collides with something.

Not too much extra code! We can now see that the Player can't walk out into the lake. If you see the Player overlap the lake slightly on one side, that's likely because the 'stick man' character we used isn't quite standard width.

We've now got something that looks a bit like a very simple exploration game. There's one more thing to add - let's have the camera scroll to keep the Player in the centre of the screen!

There isn't really a 'camera' in Termloop, like you might find in another graphics library. Instead, we set an offset, and the Screen draws our level appropriately. In our case it's really simple - all we need is for the Player to have a pointer to the Level, so we can make calls on it. Then we simply modify our Draw method, like so:

That's all it takes. We should now see the camera moving. Of course, due to the static, repeating background, this doesn't look terribly convincing - it kind of looks like the player is standing still and everything else is moving! We could remedy this by, for example, only updating the offset when the player is closer to the edge of the screen. I'll leave it up to you as a challenge. 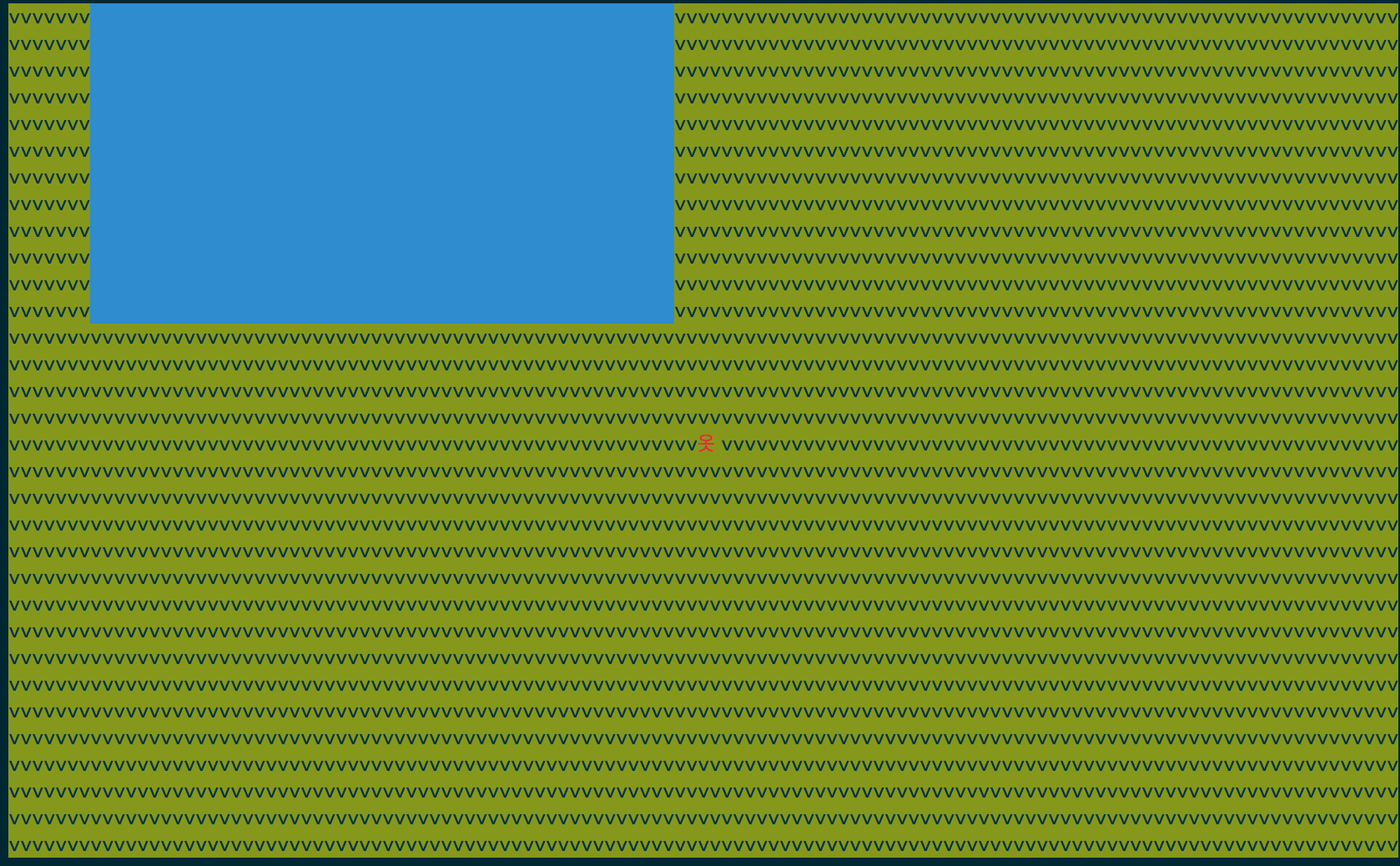 A Game Boy emulator written in Go.
03 September 2019
Gameboy.Live is a Gameboy emulator written in go for learning purposes.
03 May 2019
gamedetect is a simple API that uses a trained neural network to identify games that are within the top 100 currently on Twitch (as of March 2019).
08 April 2019