ISlash is a dynamically typed, interpreted programming language with no real use that I created for fun, which runs on top of Golang. The language somewhat resembles Assembly but it is simpler to understand and more high-level.

My main goal when creating ISlash was learning Golang (Go), as I had never used that language before. The name ‘ISlash’ is a pun with my last name ‘Ibarra’, because ‘barra’ means ‘slash’ in portuguese, which is my native language.

In ISlash, although there is not a boolean data type, numbers can be used to represent boolean values:

Instructions are not case sensitive.

Below, ISlash language features will be explained:

Comments can be made using the # character at the beginning of lines:

ISlash allows the interpolation of Strings using the $() symbol:

To represent new lines, use the \n symbol:

Example programs using the ISlash language can be found inside the programs folder.

In the example below, we are calculating the sum of the first 20 integer numbers. 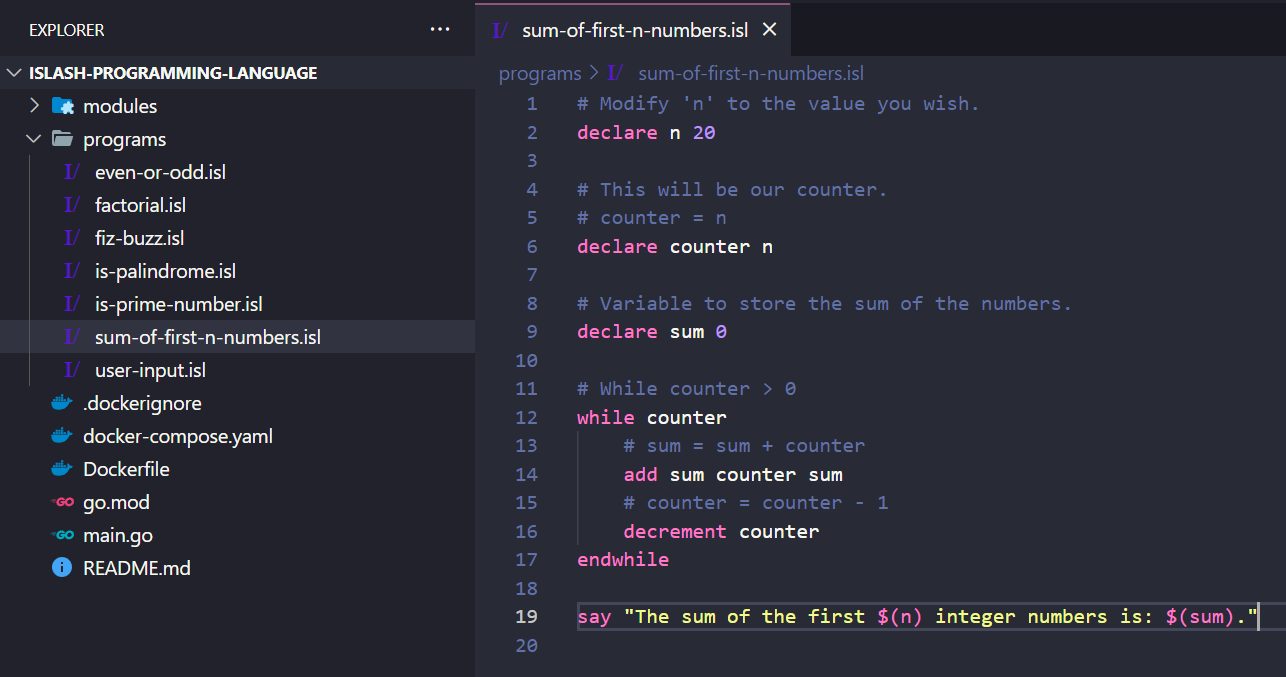 To try the ISlash language, follow the steps being described below:

To completely delete all the resources that ISlash created in your machine, use the following commands: